Amazing video retrospective of the "The Worm's" basketball career. Dennis Rodman is a Hall of Famer was voted NBA Defensive Player of the Year twice and NBA All-Defensive First Team honors seven times. Rodman was a rebound monster claiming the top spot of the NBA rebounds per game seven seasons in a row (1991/92 - 1997/98)! He is still leading in all time career rebounding averages with astonishing 13.1 rebounds per game respectively 19.9 rebounds per 48 minutes (followed by Moses Malone, Dwight Howard, Charles Barkley and Tim Duncan) and owns the top two spots for top rebounding seasons since.

Dennis Rodman played for the Detroit Pistons, San Antonio Spurs, Chicago Bulls, Los Angeles Lakers, and Dallas Mavericks: I find his years with the Pistons and the Bulls most memorable. "The Worm", Michael Jordan and Scottie Pippen made a great  the "Dream Team". Though very different (both in terms of basketball style as well as personal style) Rodman, Jordan and Pippen complemented each other perfectly on the court. 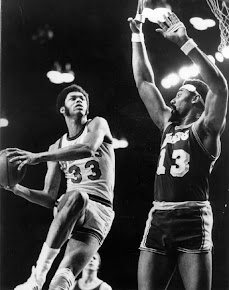